More Than Just a Tipi Raising 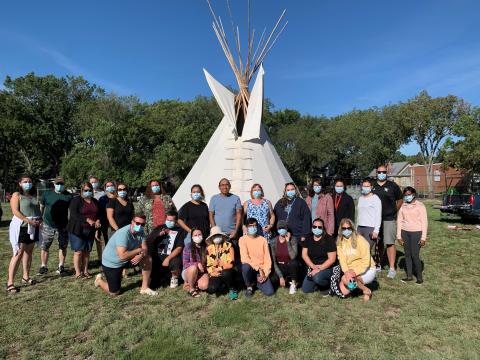 SEPTEMBER 27, 2021 -- A tipi is a portable conical structure made of skins, cloth or canvas on a frame of poles used by Indigenous Peoples of North America. The purpose of the tipi is to provide shelter, warmth and connectedness between family and community. It not only provided physical support for Indigenous Peoples, it also has many teachings about humanity’s relationship with the natural and spiritual worlds. The tipi today is still used for modern-day ceremonial gatherings and teachings. It is an iconic symbol for representing Indigenous Peoples’ identity.

Plains Indigenous People developed this structure because they needed to be able to move quickly and efficiently when following the herds of bison across the Great Plains. The tipi had to be readily transportable for the nomadic lifestyle.

When erecting a tipi, the door faces east in the direction of the rising sun. The first three poles are called the tripod. These poles form the basic structure around which the other poles are placed. Each pole is placed on top of the previous pole forming a spiral that helps direct water out of the lodge. The next pole to be added is the lift pole. The tipi cover is tied to this pole and lifted into place. The cover is now unrolled and laced up using the lacing pins. The last two poles are the control flaps. These flaps can be adjusted according to the wind and can also be closed. The next step is to stake down the cover. The poles are then pushed out from the inside to give the cover a tight fit.

In August, Albert Community School’s staff had the pleasure of having Jeff Cappo (Coordinator of Indigenous Education) come to help them build the iconic symbol that represents the identity of Indigenous Peoples. Back when Indigenous Peoples roamed free following the massive herds of bison, it only took one person to build and take down the tipi; it was the woman. At the beginning of the new school year, on Albert’s school ground, it took all of the staff to come together to build the tipi. It truly did bring a community together, and it provided comfort and shelter and a spiritual connection to those who needed it that day. The tipi itself has many meanings and teachings (tipi pole values). Just as their Grandfather Stones sit in Albert Community School’s yard in a circle of power and healing, so did their symbolic tipi. 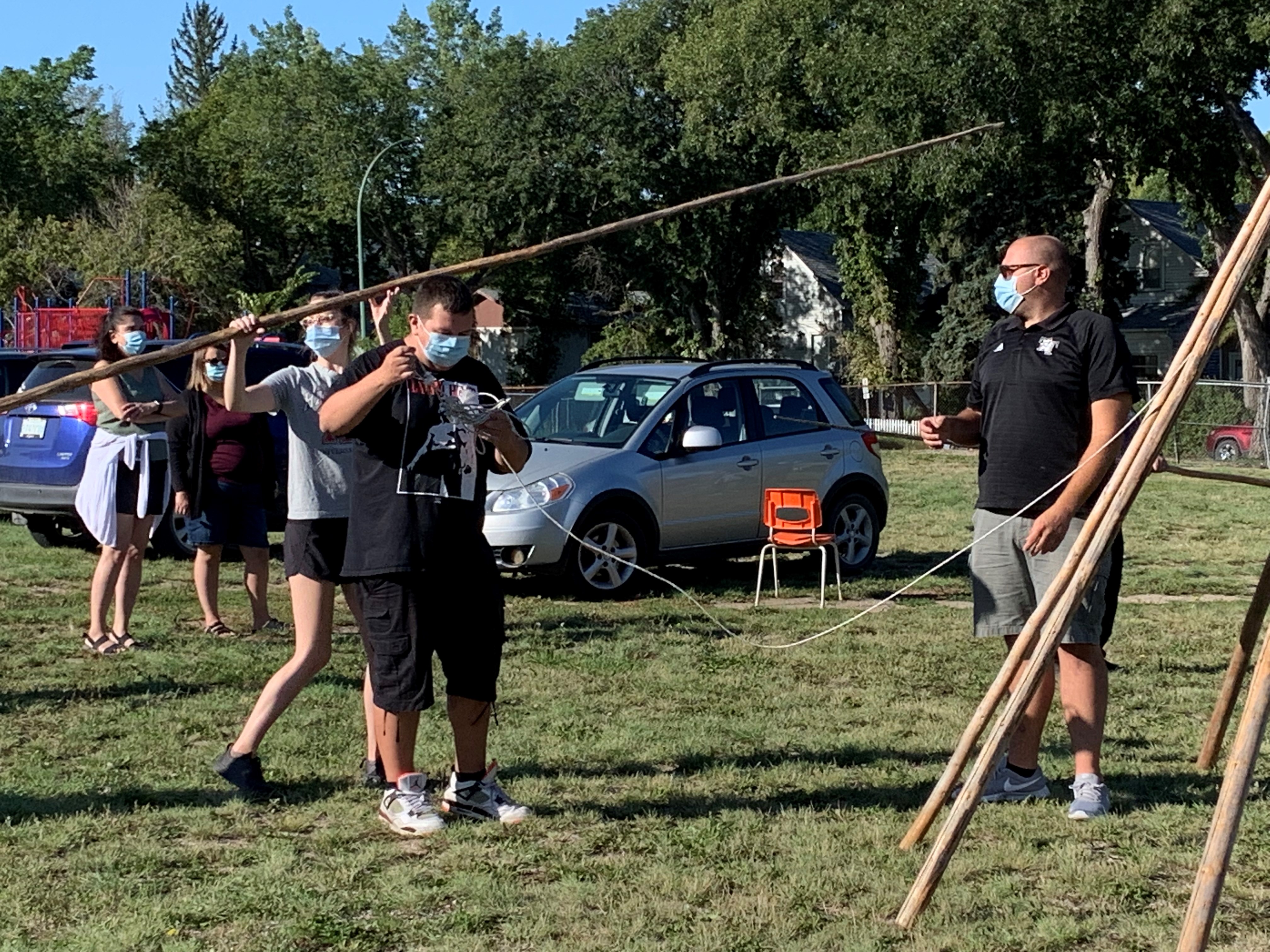 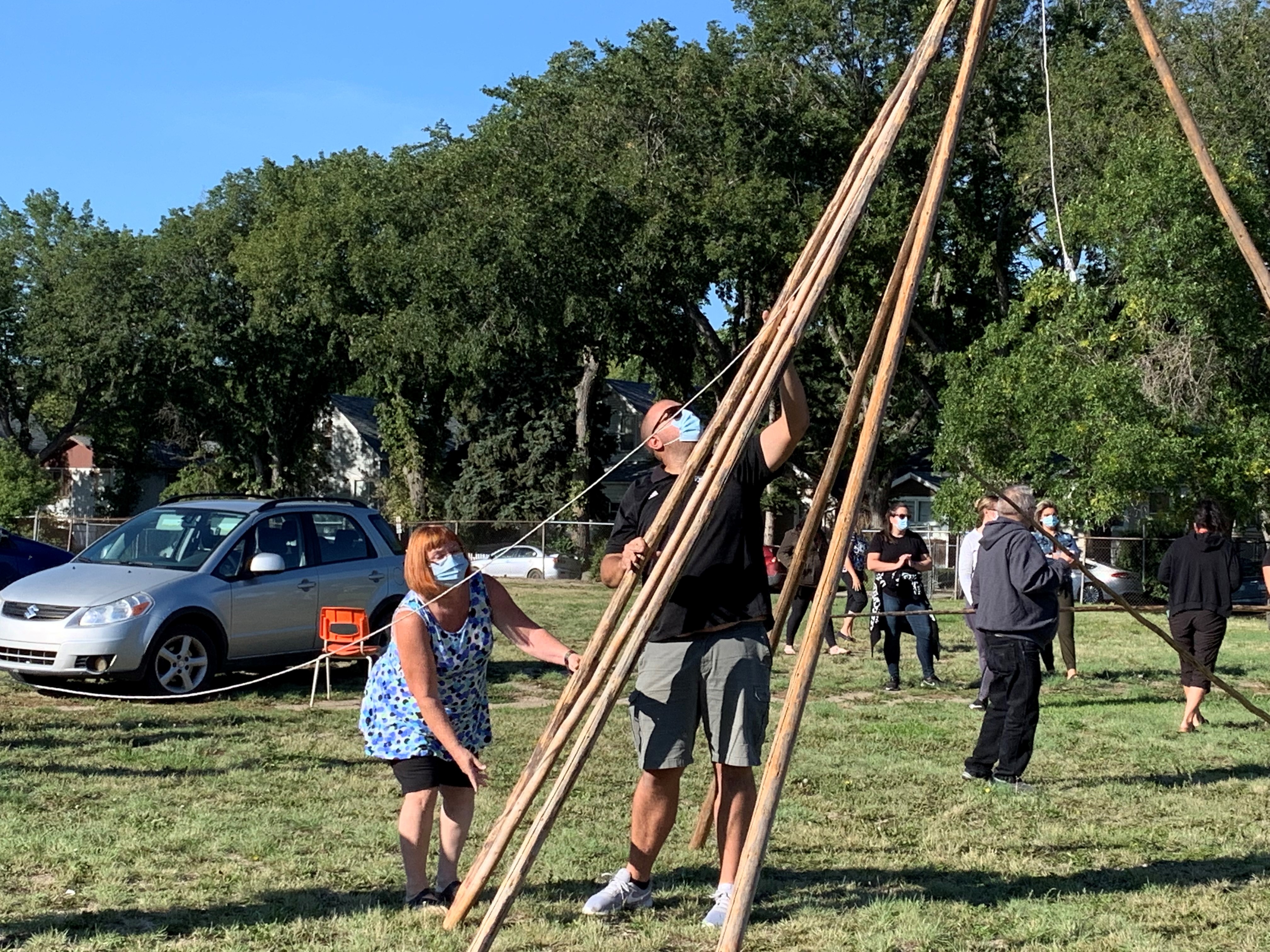